about us
blog
ENG
RUS
UKR

IN FASHION AND DESIGN 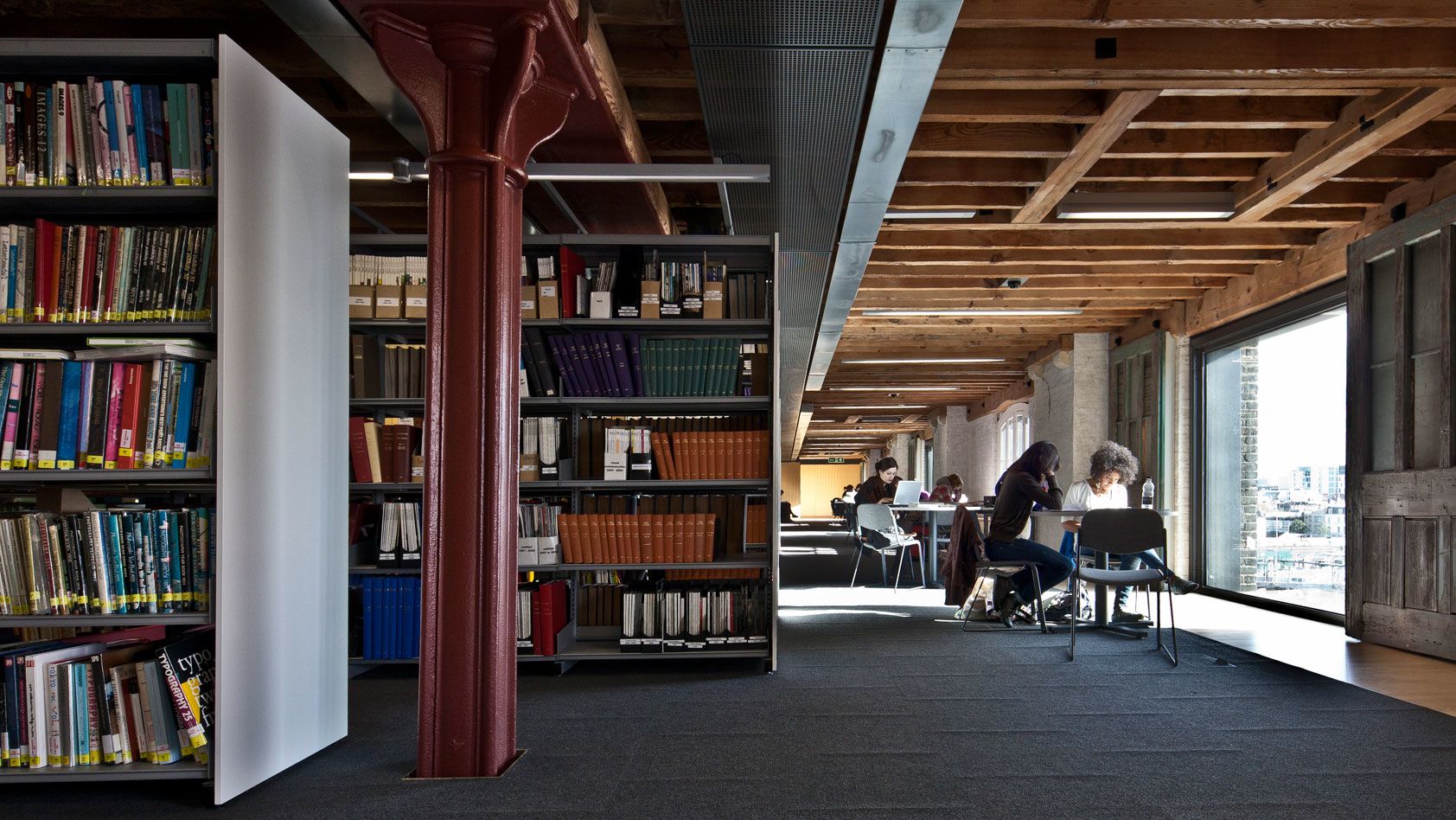 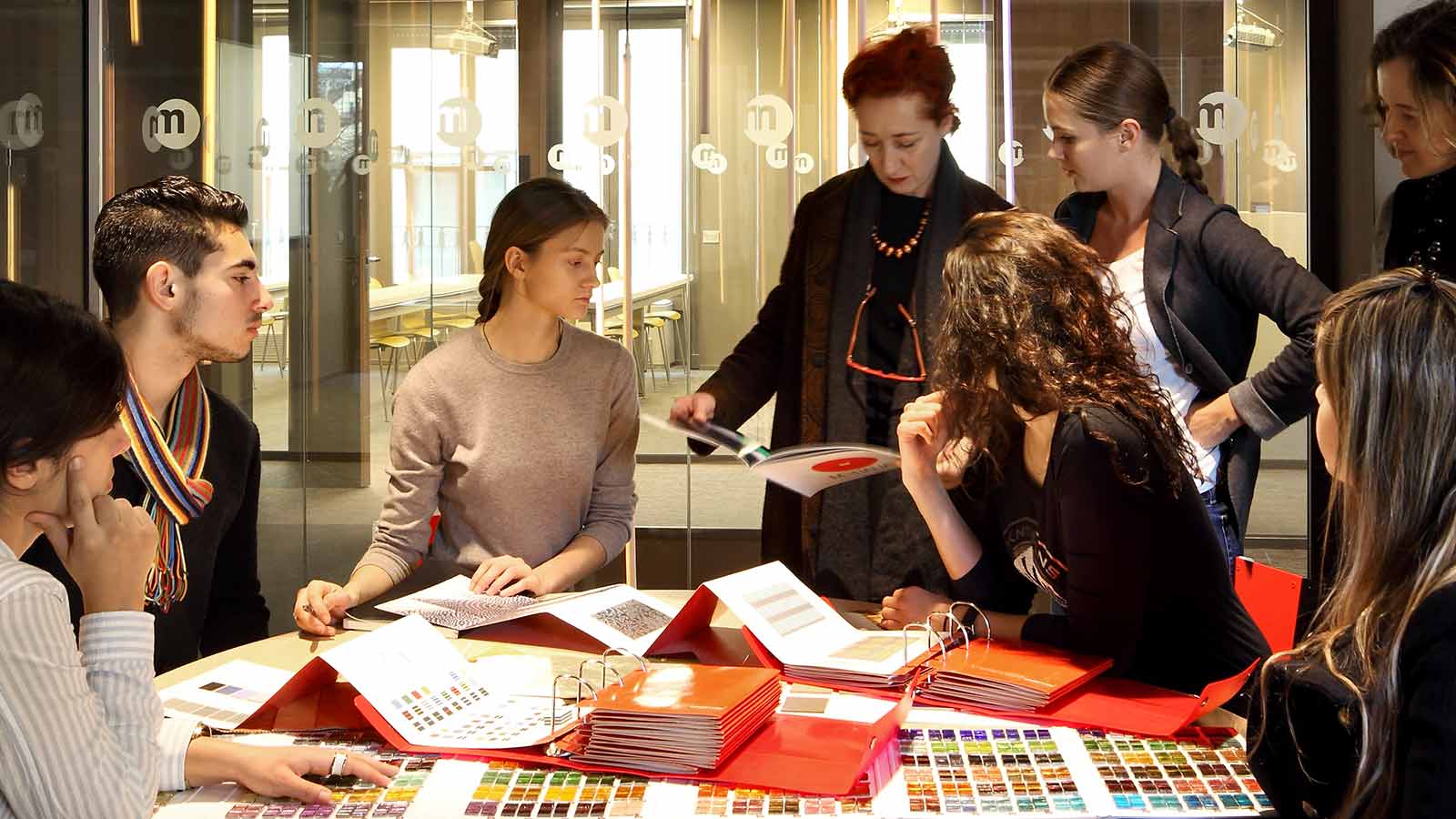 1. Part of the University of the Arts London (UAL), Central Saint Martins (United Kingdom)
It should rightfully be on the first place of the list, because this is the main dream for creative people who want to take place in the field of fashion and design. This university has graduated from such designers as Alexander McQueen, John Galliano, Stella McCartney.
In addition to various training programs, you can also find short courses and portfolio preparation courses for yourself, which will be useful if you intend to enter the European market in the future. Also, Saint Martins is a good start because of the opportunities for further employment and internships in well-known and respected companies.
A great learning bonus is the legendary university library, which contains huge archives of books and magazines on design, fashion and art.
One of the most prestigious universities in the field of fashion and fashion in Italy. In addition to campuses in Milan and Florence, there are branches in Paris, Miami and London.

An important philosophy of the university is the mood of the end user. If you are into design, then your path to Marangoni will combine technology and elegance, nurtured by ancient traditions and the deep cultural background of the country. Apart from design and fashion, you can also find general fashion illustration courses while St. Martins only has a general illustration course. Depending on the location of the campus and specialization, you can choose the language of instruction. 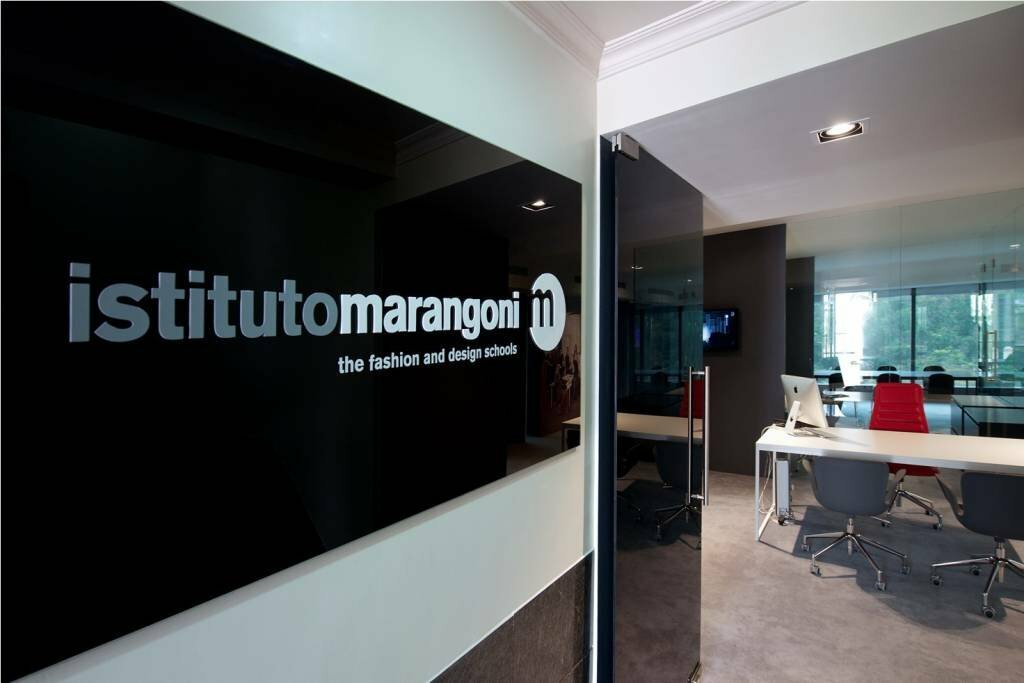 2. Istituto Marangoni (Italy)
Parsons is located in the center of the creative life of the USA-New York. The university has a huge selection of faculties, including an illustration program. University alumni include Donna Karan, Marc Jacobs and Tom Ford.
The approach the university is committed to is a combination of practicality and versatility. In fact, the design that originated in the United States during World War II gave rise to a concise and truly American style that reads well in design and fashion.
Entering Parsons, you can expect employment in large companies aimed primarily at commercial success, rather than the creativity that can be found in Saint Martins, Bunka and Royal Academy.
The city's excellent museums, such as the Metropolitan Museum of Art with its annual costume exhibitions, and the Guggenheim Museum, as well as much more, will be a bonus. It should be noted that in terms of education in the field of costume history, Parsons also excelled. 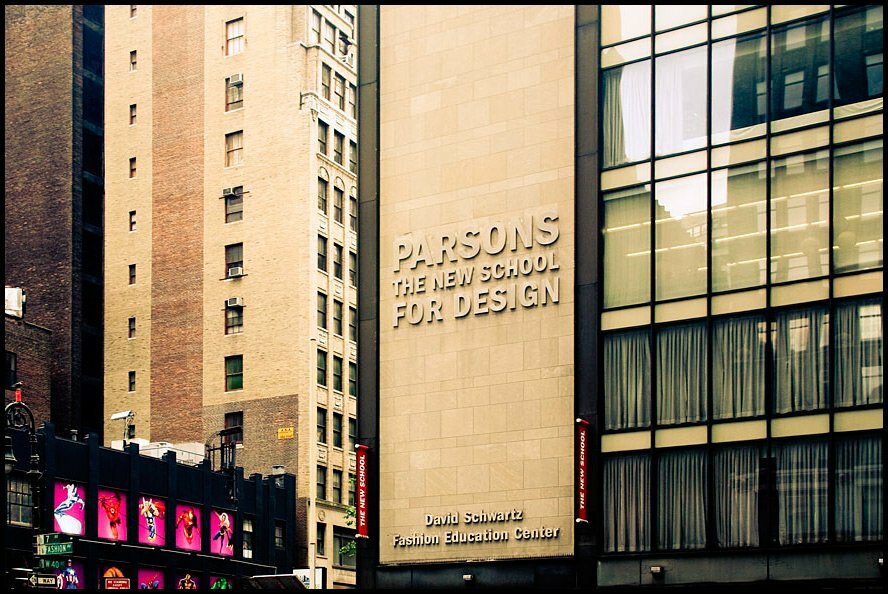 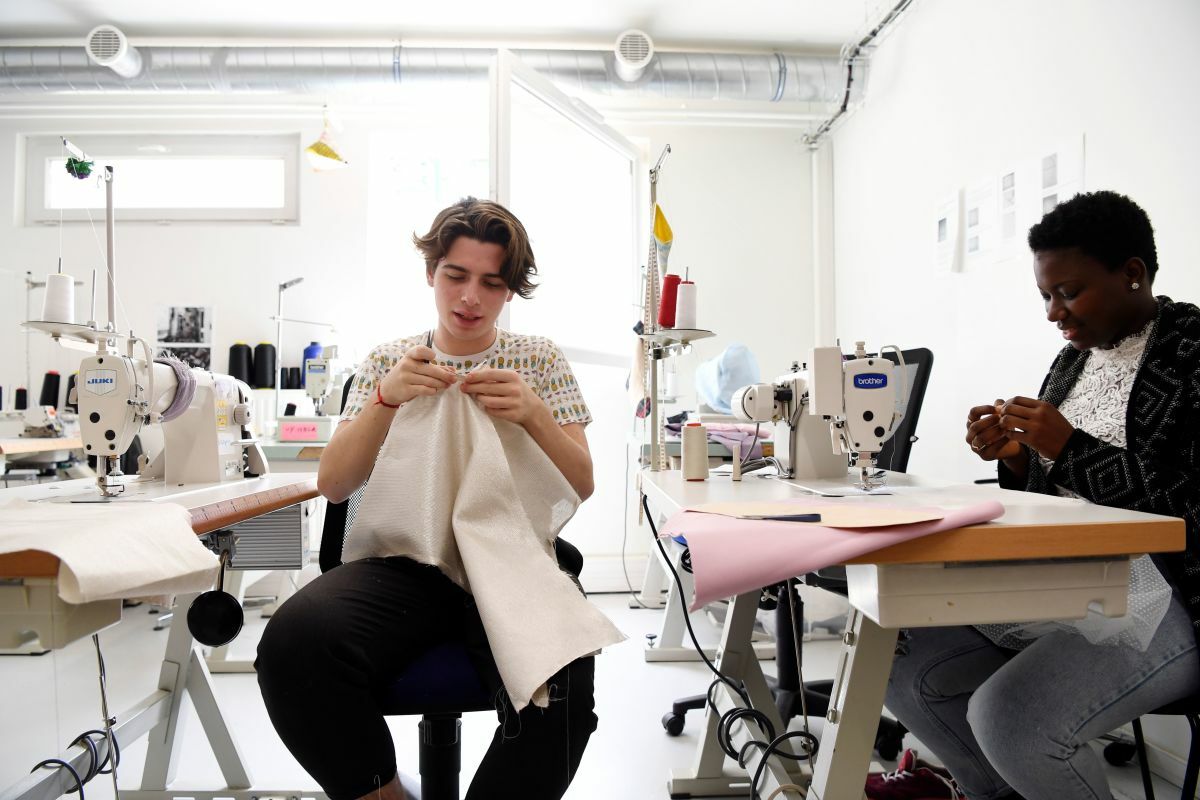 3. Parsons, The New School for Design (USA)
It is worth starting with someone who studied at the university, and it will become clear what kind of "spirit" reigns within the walls of the university, what they can teach there. Alumni of the Royal Academy of Fine Arts are Dries Van Noten, Ann Demelmeister, Martin Margiela. Probably, in its rebelliousness, you can compare the Royal Academy with Saint Martins, with one “but” - this is not a rebellion for the sake of rebellion, but a high-quality conceptual product. 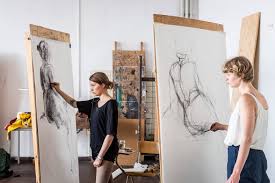 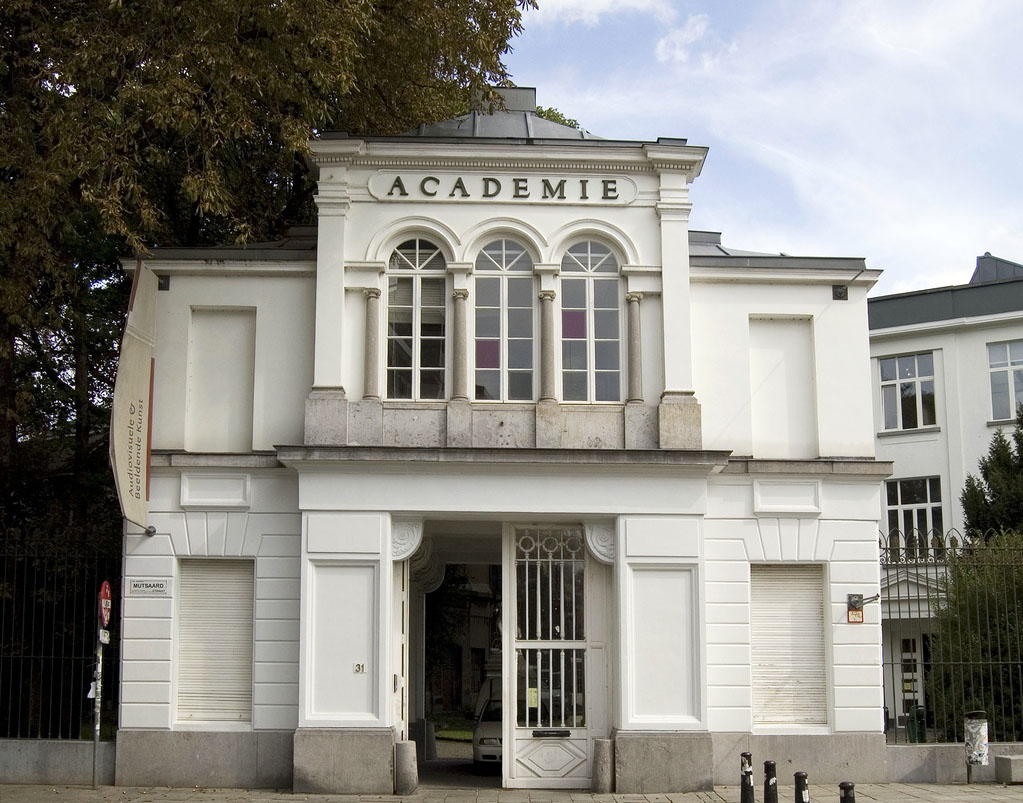 4. Royal Academy of Fine Arts Antwerp (Belgium)
The learning process is largely set up for the independent work of the student, with minimal support from the teacher, but with the ability to use any necessary equipment, sources of knowledge. At the same time, an important goal for each of the students is to express themselves, their vision and their voice.
In the process of studying, as well as at graduation, the university management supports its students by arranging shows and exhibitions. From the point of view of language knowledge, you can get by with English, but if you prefer another, you have the opportunity to study in Dutch and French.
One of the most popular and affordable universities from this list. You can easily find information about this university in Russian on the Internet, and contact the Russian representative office, which will also be able to advise on how to collect the necessary documents and help with a grant application. It will not cover all of the training, only a part, but depending on the grant, the support can be significant. The university also provides an opportunity to study in many languages, including English, Italian, Spanish and the program that you like is quite likely to be presented in two or more countries. So the choice, both in terms of training programs and short courses, is quite voluminous. 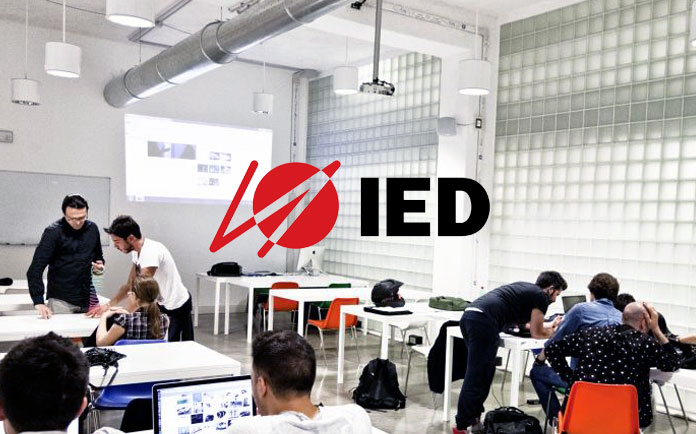 5. Ied-Istituto Europeo di Design (Italy, Spain, Brazil)
The Institut Français de la Mode brings together the Ecole de la Chambre Syndicale de la Couture Parisienne and IFM. Both schools are very influential in the fashion community and train professionals in the field of fashion design in various areas: shoe design, jewelry design, women's / men's clothing, haute couture and much more. Much attention is paid to working with fabric, here you can also find textile design. Centuries-old traditions, combined with exquisite taste, create the overall style of the university, and regardless of the chosen program, graduates after graduation can join a large professional community that has wide connections in the fashion world. Training is available in English and French. An important bonus is a highly specialized approach and the transfer of “closed” knowledge. After all, it's not for nothing that France is one of the main fashion capitals. 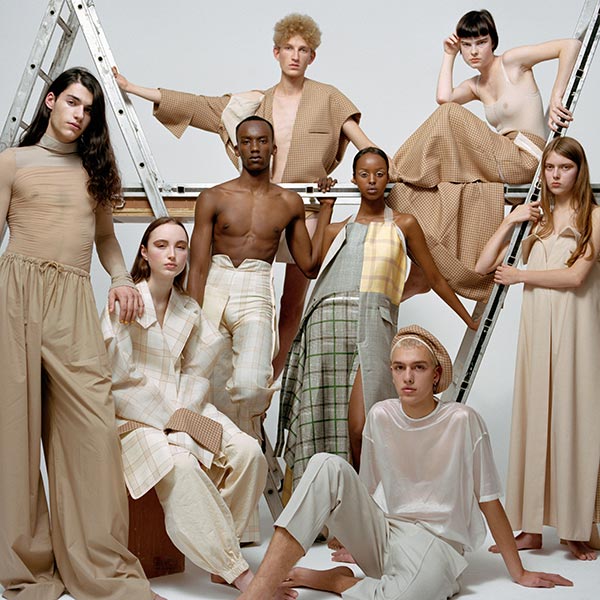 6. Institut Français de la Mode (France)
The university is located in Japan and that says a lot. Japanese culture imposes certain canons on design and teaching, but at the same time opens up space for experimentation. In training, a technical understanding of your subject, an innovative look and the desire for the non-trivial will be of great importance. If you look at the graduates of the university, Yohji Yamamoto and Kenzo Takada, then you will feel that special spirit in which traditions coexist, respect for them and the desire to open new horizons in relation to the subject of their research.
Important note: teaching is in Japanese and for admission you need to pass an exam with a high passing score. 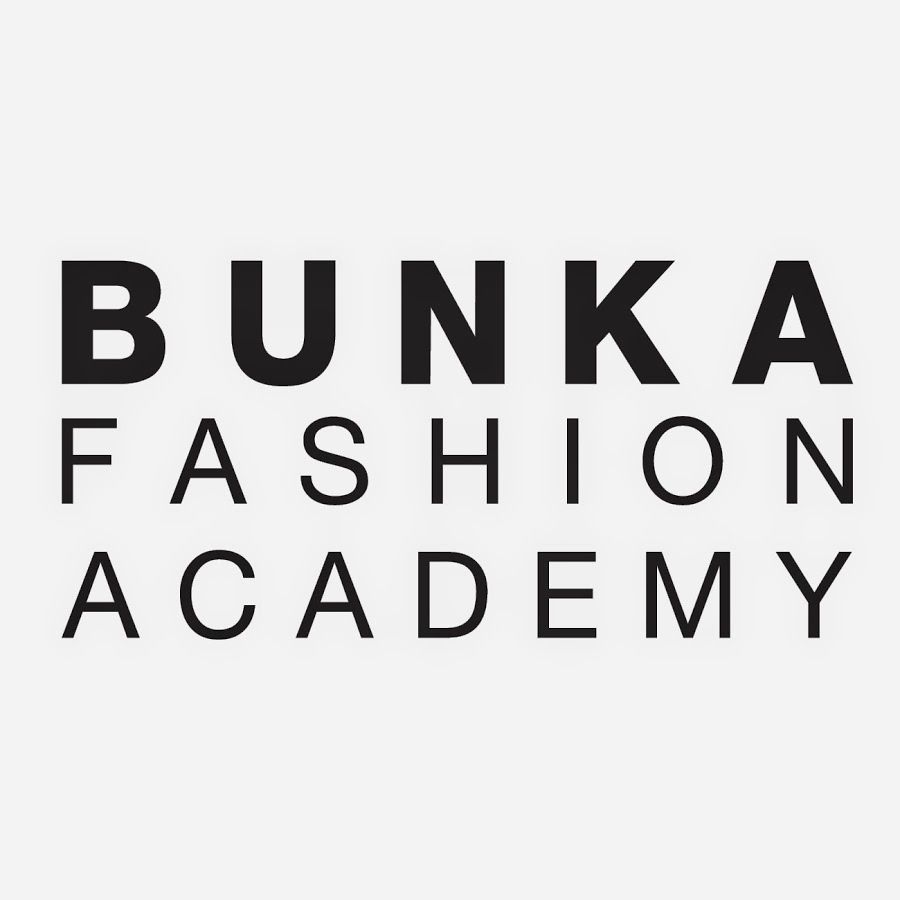 7. Bunka Fashion College (Japan)
This university in Finland is the country's leading university in art, design and fashion. Many successful Finnish designers studied here. Representing the style of the university, to some extent it can be compared with artEZ, however, many northern countries tend to be minimalist and concise. And most importantly, to the functionality and practical application of design. So, rest assured, after finishing Aalto, you will be able to work on both mass and conceptual Scandinavian design. 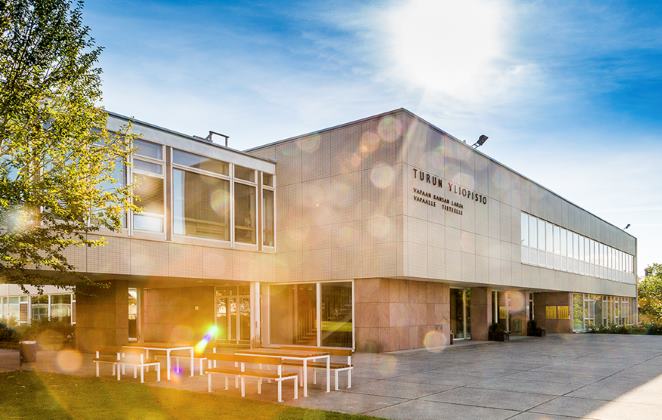 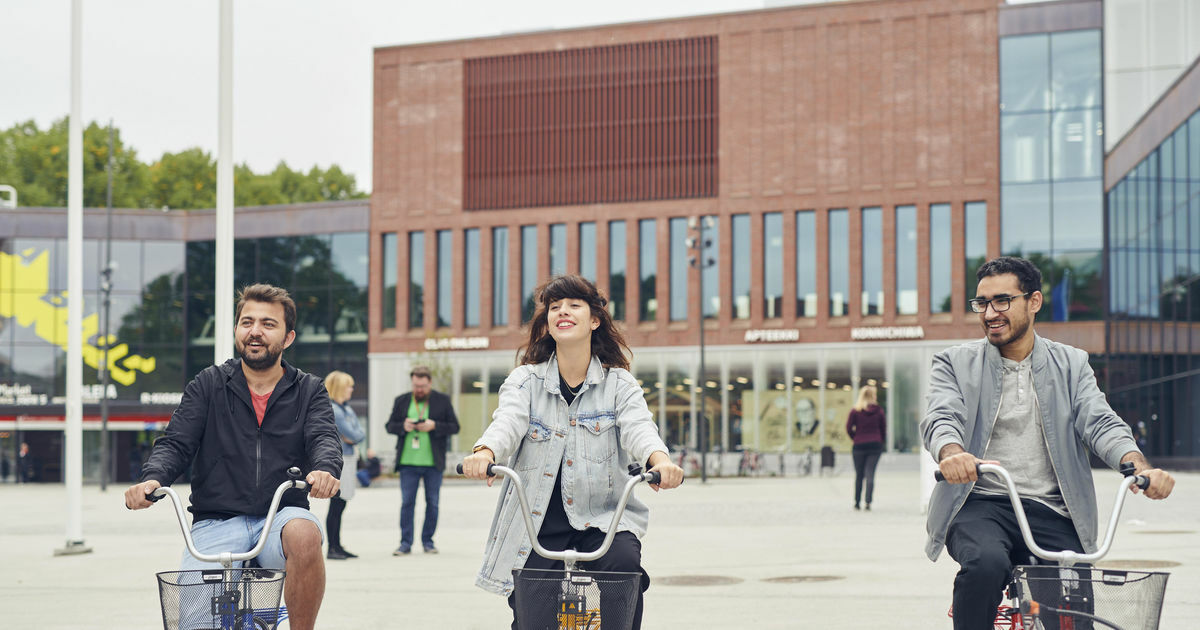 8. School of Arts, Design and Architecture - Aalto University (Finland)
Here you will find not only fashionable design, but also the direction of ecological, industrial design. Also, in general, the university supports the experimental component of design and new technologies. Teaching takes place in both Finnish and English. At the moment, short courses are not presented on the official website, but there are undergraduate and graduate programs.
In the academy you can find not only fashion and environment design training, but also graphic design, as well as contemporary art and writing. The graduates of the Academy are Victor Horsting and Rolf Snoeren (Victor&Rolf), who can be seen as an example of the style of the university - a combination of quality and innovative - unusual design. In its component, the artEZ style is similar to Saint Martins and the Royal Academy in Antwerp. 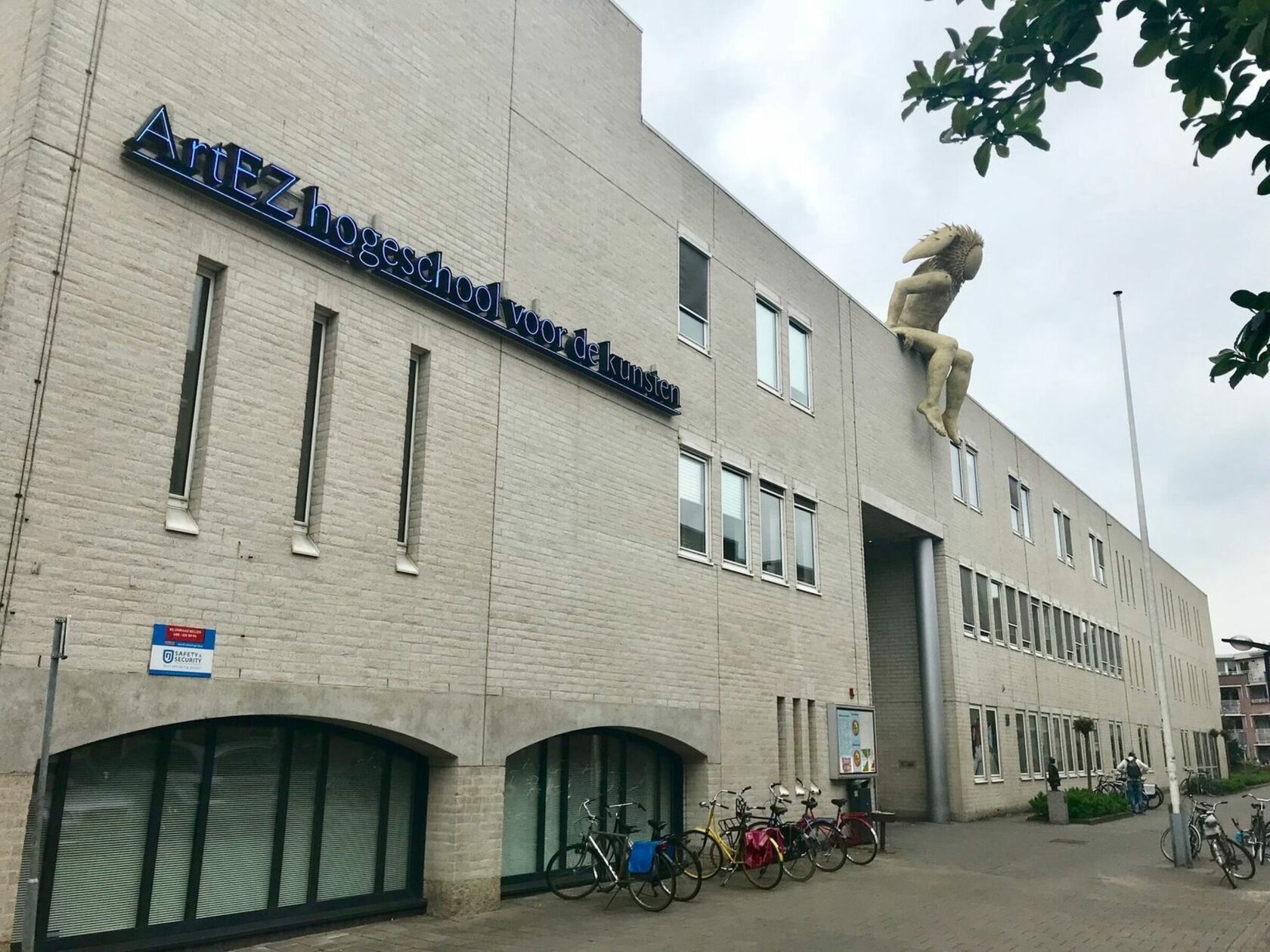 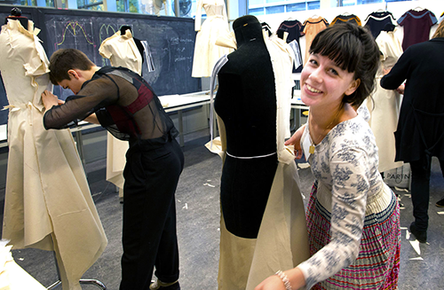 1) general style, focus, you can look at eminent graduates or a list of companies that support the university.

2) knowledge of the language, you will need a high level even in short-term courses, if you want to fully recoup the money spent and get the maximum knowledge. A good bonus is that many European universities are very international and teaching can be found in several languages.

3) some universities have language courses and portfolio preparation courses for the entrance interview. It’s not a fact that you will have to take exams in the classical sense, but preparing a CV-resume and competently compiling a portfolio of your projects is an extremely important task. It is the creation of the concept of any of your work that will be evaluated by the curators - how you can develop an idea and bring it to life.

4) education in all foreign universities for citizens who do not have EU citizenship is paid, but do not forget that almost every university has a system of grants and scholarships for talented students. It is quite possible to get support if you make significant efforts in your studies and show good results. To search for such grants, it is better to use English-language sources.

In any case, your future largely depends on you, take it into your own hands and be prepared to work hard.
Liked the article?
Visit our website and choose the right course!